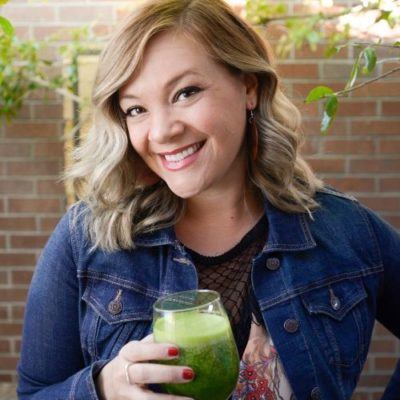 Diana Edelman is a travel blogger turned vegan food blogger whose journey has been anything but normal. In 2010, she quit her job as a publicist to start a travel blog, d travels ‘round, and hit up Europe and Africa solo for seven months before returning to her previous career path in Las Vegas. Not content returning to the world of public relations, she headed to Thailand in 2011 for a week-long volunteer stint at a popular elephant sanctuary in Chiang Mai. She ended up returning to the Land of Smiles and working for the sanctuary for nearly three years doing PR and social media, and leading the charge for responsible elephant tourism.

When she returned to the States after almost four years of living abroad (which included digital nomad life in London and Madrid), she decided to go vegan and launched Vegans, Baby in Las Vegas to document her journey eating all the food in the city that wasn’t salads or french fries. In the three years of its existence, the site has expanded to include food tours both locally and internationally, restaurant consulting, events and more.

Her expertise in the vegan scene has tapped her to serve as a curator for vegan dinners at the James Beard Foundation in New York City, as well as for the massive Life is Beautiful music festival in Las Vegas. She’s been named by Buzzfeed as one of 17 women who will inspire people to travel and her work with the sanctuary in Thailand nabbed her recognition from Fodor’s Travel as having a dream job that actually exists.

As the founder of Vegans, Baby, Diana works to serve as an advocate for animals by practicing positive activism and making vegan life approachable and easier. Her work has been highlighted in The LA Times, VegNews, LIVEKINDLY, Medium, Thrive Global, AFAR and more. She’s spoken at numerous events over the years about responsible tourism, being a female entrepreneur and leading a grassroots movement to make positive change.